Led by the same nightmare, a band of heroes united to thwart a sinister plot perpetuated by a dark creature spawned from the realm known as the Black – a realm of utter cold and absence of light. Even the Sorcerer Queen of Raam, Abalach-Re herself was not safe from this shadow being or its minions. An epic battle between them and the entity known as the Dark Man of Shadows ended with our heroes triumphant, and their foes destroyed.

That was a year ago. Now something new threatens the wastes of Athas. Though the walking dead are not uncommon within the Tablelands, their numbers have seemed to increase. Roving packs of undead have been attacking caravans and villages to the South, with seemingly malign intelligence and strategy.

Abalach-Re, remembering their aid, has requested that they journey into the Dead Lands. She believes that her rival, the Shadow King of Nibenay is involved somehow, and has learned that he has sent a team into the Dead Lands to contact the Undead Lord known as Gretch.

The adventurers must prevent Nibenay’s Agents from brokering any alliance, and discover how the undead there have managed to breach the Gray Veil and march into the Tablelands. They were also were instructed to seek out a powerful artifact called the Seed of Last Hope, which may aid in repelling this rising threat. 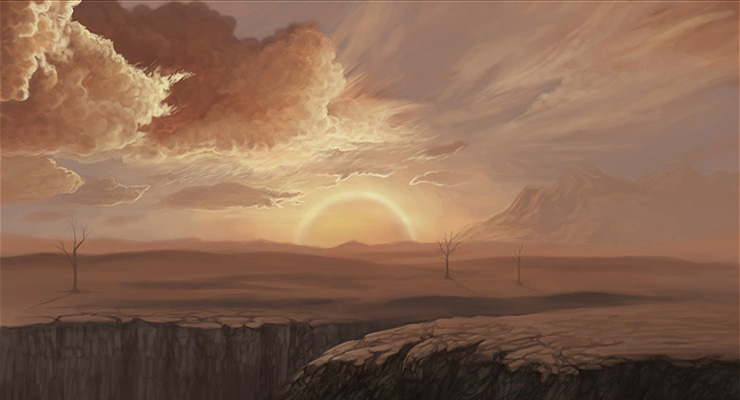 The Dead Lands of Athas VadVaro

The Dead Lands of Athas Comments

I'm sorry, but we no longer support this web browser. Please upgrade your browser or install Chrome or Firefox to enjoy the full functionality of this site.